In the 1980s, the construction industry in Japan experienced a decline in the availability of skilled labor. This situation aroused a need for concrete that could overcome the problems of defective workmanship.

In large and complex construction projects, congestion of bars is a very common phenomenon. It becomes very tough to compact concrete with vibrators. Also, segregation takes place during placing the concrete in the formwork. This situation can be tackled with highly workable concrete. Highly workable concrete has a slump of over 650 mm-800 mm. Their testing (Slump flow test instead of normal slump test) and quality assurance procedure is different from normal concrete.

Self-Competing Concrete is also known as self-consolidating concrete. In this article, we will discuss the definition of self-compacting concrete along with the practical application field of it.

What is Self-Consolidating or Self-Competing Concrete?

Self Consolidating or Self Compacting Concrete (SCC) is a highly flowable, deformable, non-segregating concrete that spreads and fills in the formwork under its own weight. Flowability is maintained by using a high range of water-reducing admixtures.

Stability (avoiding segregation) is increased by using admixtures or increasing the number of fine aggregates in the plastic concrete. This also changes the viscosity of the mixture.

SCC has a more improved interface between aggregate and cement paste. It increases the strength of concrete.

Self-compacting concrete can also be defined as a mix balancing the fluidity and resistance to segregation where those two properties are conflicting with each other. A balanced equilibrium should be maintained between them. 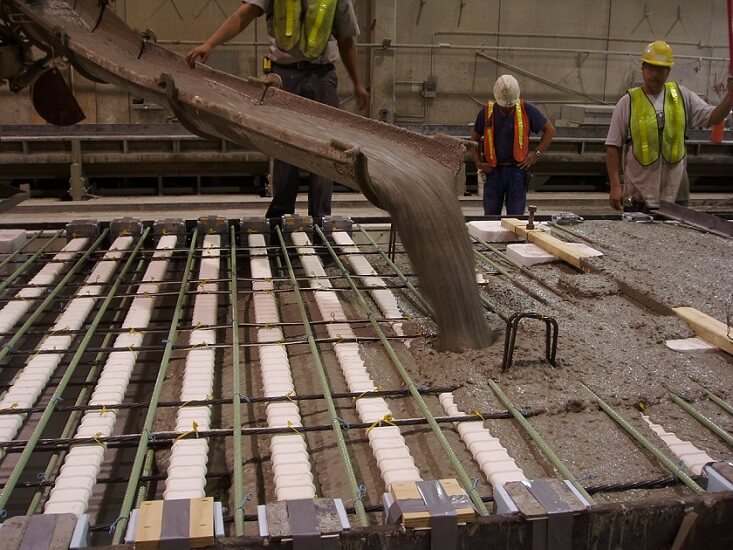 Application of Self-Competing or Self-Consolidating Concrete

The followings are the applications of self-consolidating/compacting concrete.

What is Fine Aggregate?