What is a Shallow Foundation?

It is the most commonly used type of foundation. An isolated footing is a type of foundation that is used to support a single column or pier. It is also known as column footing, pier footing or pedestal footing.

It is typically rectangular in shape and is placed under the base of the column or pier. The footing is usually made of concrete and is reinforced with steel rebar to provide additional strength.

Isolated footings are often used in areas where the soil is not strong enough to support the weight of the structure. They are also used when the structure is not attached to another structure, such as a building. This type of footing is typically used for small structures, such as sheds or decks. 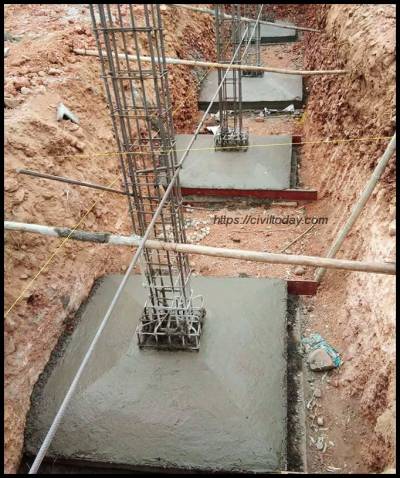 When the soil is weak and the distance between the two columns is large, then it is more economical to provide a combined footing. The combined footing is generally rectangular or trapezoidal in shape.

The combined footing is generally constructed of concrete. The concrete is poured into the forms that have been placed around the columns or walls. The forms are then removed and the footing is left to cure.

When a row of columns or wall is to be provided, then strip footing is provided. It is also known as wall footing or trench footing. Strip footing is usually provided for the load-bearing walls.

This type of footing is typically used when the soil is not strong enough to support the weight of the structure. By spreading the load over a larger area, the strip footing or continuous footing can help to prevent the foundation from sinking into the ground.

A strap footing is a type of combined footing that is used when the edge of the footing cannot be extended beyond the property line. The foundation under the columns is built individually and connected by a strap beam. 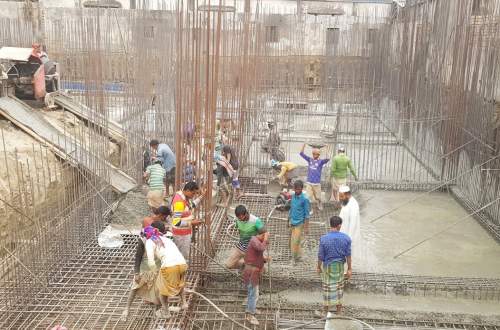