What is a Sprinkler Irrigation System?

Sprinkler irrigation is a type of irrigation in which the watering technique is similar to natural rainfall. Water is conveyed through a system of pipes and sprinklers are used to spray the water onto the crops. Sprinklers are basically used to break the water into small droplets. This method of irrigation can be applied to all types of crops. 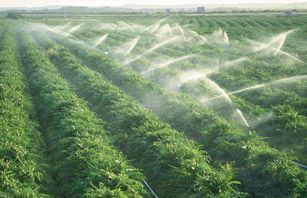 When to Use Sprinkler Irrigation

Based on the arrangement for spraying irrigation water, sprinkler irrigations are classified into the following two major types -

Based on the portability, sprinkler irrigations are classified into the following types -